Home » Advantages of a non-disassembled kayak

The advantage of unassembled kayaks (primarily plastic) is their durability and wear resistance. Modern polymeric materials can withstand very high loads in case of sharp impacts or collisions with stones, sharp cutting surfaces (shells, broken glass, etc.) which can leave quite deep scratches on the “body” of the kayak, but it is almost impossible to pierce the kayak.

To the advantages of modern kayaks one can also refer thermal insulating qualities – they can be used even for hiking in the Arctic latitudes. One should also note the so called “memory” of some materials – at hard and sharp blows small dents can appear on polyethylene kayaks which even out under the influence of high temperature. To fix these dents you just need to expose the kayak to the sun for a few hours and the dents will even out and the body of the kayak will return to its original shape. If the dent appeared in the cold season then you can pour hot water over the spot or heat it up a little with a hair dryer. 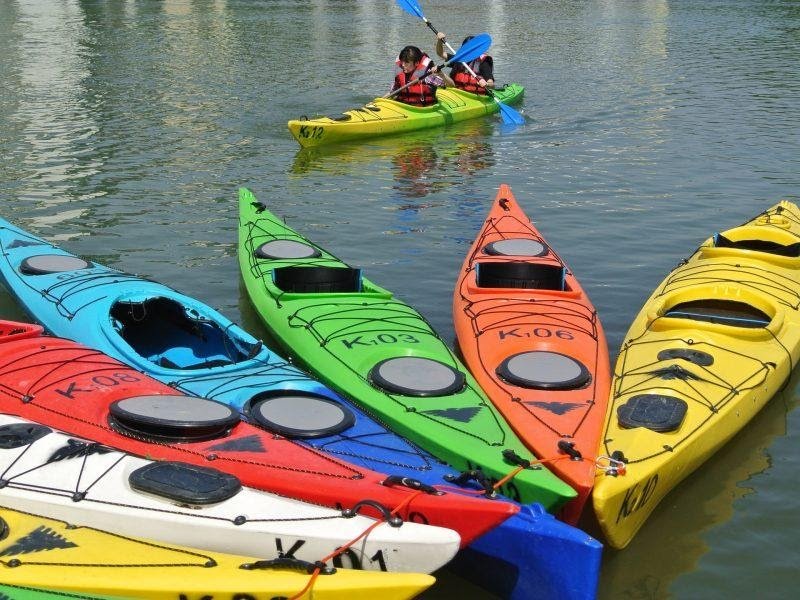 Another big advantage of hulled kayaks is that you can use your whole body to control the kayak. The ergonomics of internally paddled hulled kayaks are designed so that the paddler has at least five points of body contact with the kayak, this allows you to transfer inertia and full body motion to the body of the kayak, not just arm strength, but also engage your back and legs to control the kayak. Kayaks with rigid hulls let you easily make roll, make sharp turns, and in case of overturning – to do the so-called “eskimo roll”, that is flip back to the starting position above the water without leaving the kayak and using only a paddle.

If chosen correctly, a kayak can be successfully used for a variety of related tasks, but there is still a fairly clear division of kayaks by purpose, and the nature of the water element here plays a determining role. So the main thing you need to know before buying a kayak is the nature of the waters in which you will be kayaking.

In brief, expedition and sea kayaks can be used almost everywhere, except in very small or stormy rivers. This conditional restriction is connected with rather big dimensions of sea and tourist kayaks which length is on the average from 4,2 to 5,5 m that makes it practically impossible to pass small and very narrow rivers especially on steep turns, drains and shoals. In turn kayaks for rough rivers can be successfully used for riding on rolling sea waves though they are a bit “clumsy” on calm water about which we’ll talk a bit below. 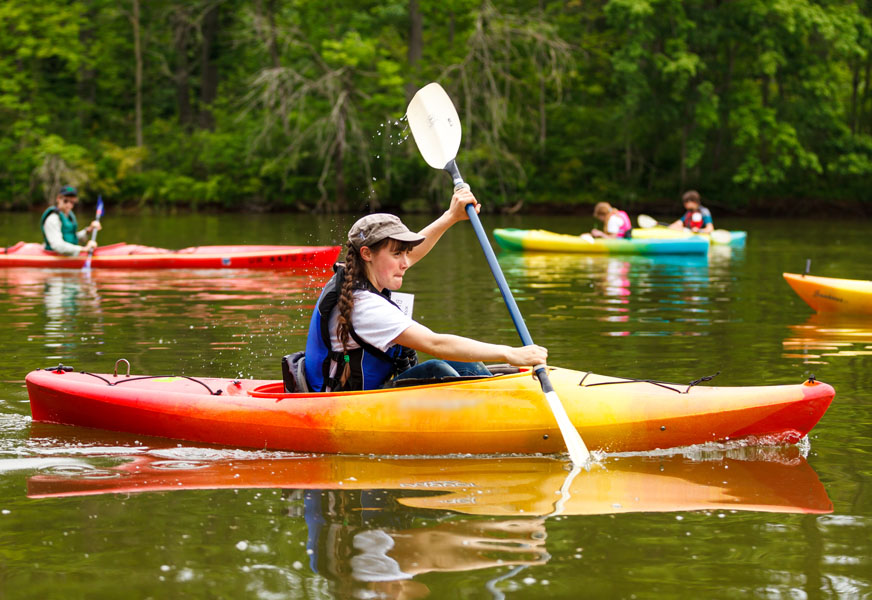 The main thing you need to remember is that there is no such thing as a “universal kayak”. The universal kayak is almost a myth that everyone dreams of, but that doesn’t exist because it’s impossible to combine mutually exclusive features in one boat. It’s impossible to have both fast and steady kayak with which you can comfortably fish, dive, swim and go for long hikes with 150 kg of equipment, but at the same time it would be maneuverable, fast and stable on course, very light but wear resistant, easy to handle on land, compact in storage, but with good water performance, with a very comfortable seat and all that together for a low price.